A downloadable game for Windows and macOS

Our world is not a safe place anymore. Demons came to the surface and  someone has to take care of them!

That profession seems perfect for a temple monk, komusou, who  is sent to afterlife  to stop more youkai from appearing in our world.

Played the browser version of the game. When you first launch it, it sits at a black screen until you turn the game to full screen. Also, I had no idea how to shoot at the enemy, had to press buttons till I guessed what key to use. The ctrl key caused the game do do some strange stuff. The key kept getting stuck causing the character to shoot on its own, making the game exit full screen, and somehow prompting me to download the game files. Also, when I went back to the settings menu after this the resolution in the drop down field read something like "382813230 x 0".

I didn't try the downloadable version but I'm sure these issues do not exist in it and my initial impression are that this is a good game. 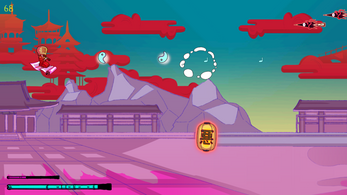 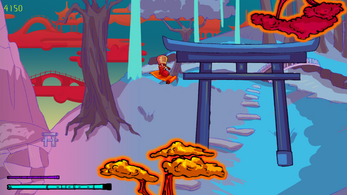 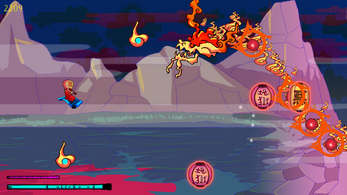